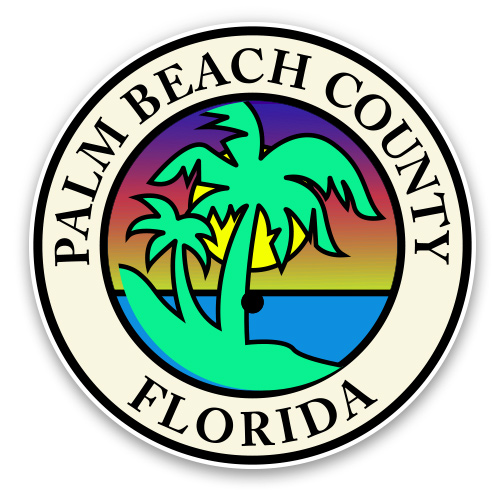 The county became the center of controversy during the 2000 presidential election. Allegedly, the "butterfly ballot", designed by Palm Beach County Supervisor of Elections Theresa LePore, led to an unexpectedly large number of votes for Reform Party candidate Pat Buchanan, rather than for Democrat Al Gore. Due to the aforementioned "butterfly ballot" and the closeness of the statewide results between Gore and Texas Governor George W. Bush, the Florida Supreme Court mandated manual recounts in all counties with disputed results. However, the Supreme Court of the United States overturned the decision in Bush v. Gore on December 12, allowing Florida Secretary of the State Katherine Harris to award the 25 electoral votes to Bush, as Harris's tally prior to the state-ordered recounts placed him ahead of Gore by 537 popular votes. In turn, this gave Bush victory in the national election.

Following the September 11 attacks in 2001, a Federal Bureau of Investigation investigation revealed that 12 of the 19 hijackers trained or resided in Palm Beach County during the months prior to the attacks. Later that month, during the anthrax attacks, a letter containing spores of this substance was mailed to the American Media, Inc. building in Boca Raton. Three people were exposed to the anthrax, including Robert Stevens, a photo editor who later died after an infection induced by exposure.