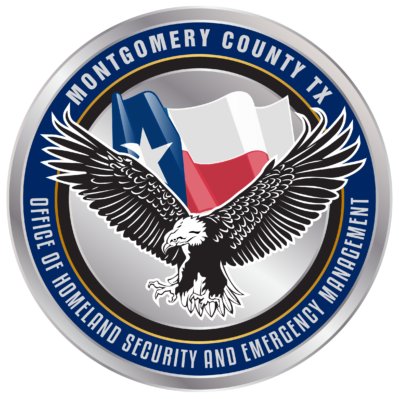 Montgomery County is one of the most heavily Republican counties in Texas, giving 78.1 percent of its vote to George W. Bush in 2004 and 75.8% of its vote to John McCain in 2008. The county has not been won by a Democratic presidential candidate since native Texan Lyndon Johnson won 60.9% of the county's vote in 1964. In 1968, George Wallace, running as a third-party candidate, won the county, whilst in 1948, “States’ Rights” candidate Strom Thurmond had previously won over 29 percent of the vote to make Montgomery his fourth-strongest county in Texas, and in 1992, Ross Perot, another third-party candidate received more votes than Democratic candidate Bill Clinton. In 2016, it was the only county in the United States which Republican nominee Donald Trump won against Democratic nominee Hillary Clinton by a margin of greater than 100,000 votes.

Even with the dramatic leftward turn of Texas' suburbs, especially in Houston, Dallas and Austin, Montgomery County has trended leftwards at a much slower pace, with Trump remaining above 70% in both of his runs for president, and even expanding the raw vote margin to the largest in the county's history.