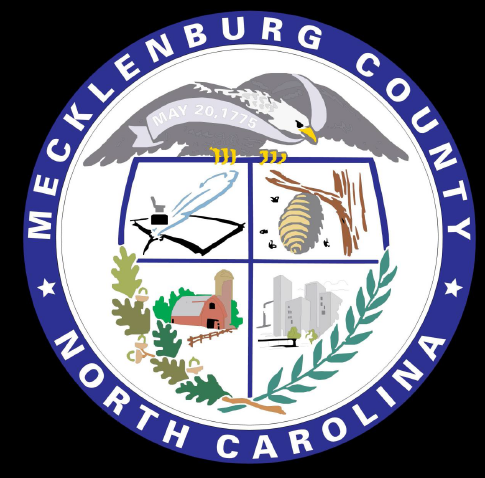 Prior to 1928, Mecklenburg County was strongly Democratic, similar to most counties in the Solid South. For most of the time from 1928 to 2000, it was a bellwether county, only voting against the national winner in 1960 and 1992. For most of the second half of the 20th century, it leaned Republican in most presidential elections. From 1952 to 2000, a Democrat only won a majority of the county's vote twice, in 1964 and 1976; Bill Clinton only won a slim plurality in 1996.

However, it narrowly voted for John Kerry in 2004 even as he lost both North Carolina and the election. It swung hard to Barack Obama in 2008, giving him the highest margin for a Democrat in the county since Franklin D. Roosevelt's landslides. Obama's margin in Mecklenburg was enough for him to narrowly win the state. It voted for Obama by a similar margin in 2012, and gave equally massive wins to Hillary Clinton in 2016 and Joe Biden in 2020. Since 2008, Mecklenburg County has been one of the most Democratic urban counties in the South and the third-strongest Democratic bastion in the I-85 Corridor, behind only Orange and Durham counties.