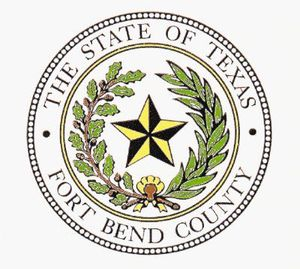 For decades, Fort Bend County was a stronghold for the Democratic Party, having achieved disenfranchisement of Blacks at the county level in 1889 in the aftermath of the Jaybird–Woodpecker War.[9] The state effectively disfranchised them with a poll tax and White primaries; the latter device was declared unconstitutional in 1944. By 1960, so few Republicans resided in Fort Bend County that the county's Republican chair once received a letter addressed simply to "Mr. Republican".[34]

As the 1960s progressed, though, rapid suburban-style development in west and southwest Houston began to overflow into Fort Bend County, where the development of numerous master-planned communities attracted many upper-middle-class families to developments in the eastern portion of the county. This development, along with the shift of conservative white Democrats towards the Republican Party in the wake of the Voting Rights Act of 1965, led to increased support for the GOP in the following years.[35] Richard Nixon narrowly carried the county in 1968, making it the only county in greater Houston outside of Harris County to go Republican that year, and carried it again in 1972. In 1976, conservative physician Ron Paul of Brazoria County, noted for his opposition to most government programs, which earned him the nickname "Dr. No", captured the 22nd district in the United States House of Representatives in a special election, before narrowly losing re-election in the November election in which Gerald Ford also won Fort Bend, despite losing Texas to Jimmy Carter.

Today, Fort Bend County is often considered a swing county, with election results usually tilting more Democratic than statewide results, which almost always favor Republicans nowadays. Elections within the county are often decided by margins in more Republican-leaning areas in Sugar Land, Rosenberg, and southern Missouri City, with Republicans dominating in the Katy, Fulshear, and rural southern areas of the county and Democrats in the county's northeast corner around northern Missouri City and Fresno, as well as heavily Hispanic Mission Bend.

Since the passage of the Voting Rights Act of 1965, the federal government has enforced it by regularly reviewing voting patterns and local practices, and plaintiffs have sometimes sued state or local governments over discriminatory practices. In April 2009, as part of a settlement with the United States Department of Justice, officials of Fort Bend County agreed to increase assistance to Spanish-speaking Latino voters in elections held in the county.