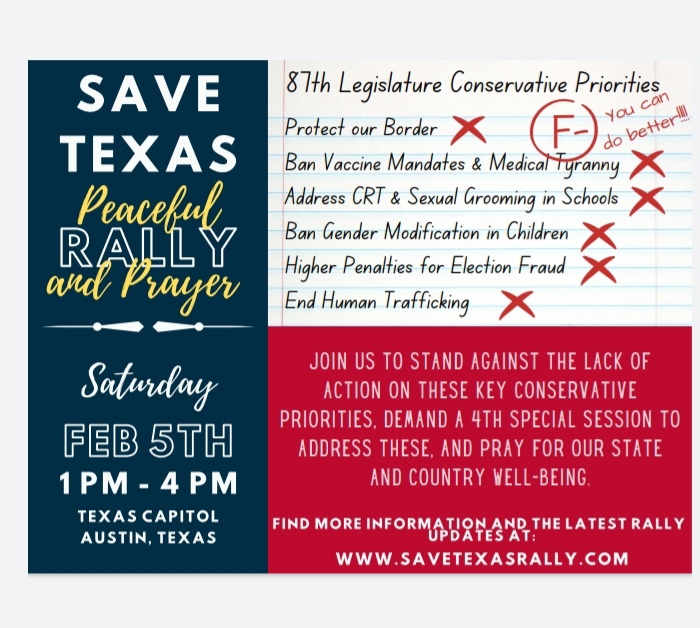 ​Texas Republicans possess the majority in the House, in the Senate, and hold the Lieutenant Governorship and the Governorship. Despite that, several KEY Conservative priorities have been ignored by our elected OFFICIALS, causing great damage to the Texan population.

We are standing against the lack of action on the following priorities while demanding a 4th Special Session to be called by Governor Abbott to:

· Protect our Border & address the downstream effects of this crisis: Sex trafficking, drugs pouring into our country, and crime surges

· Higher Penalties for Election Fraud - The latest law lowered the punishment to a Class B misdemeanor.

THIS IS NOT JUST ANOTHER RALLY WHERE WE WAVE FLAGS AND THEN GO HOME, ACCOMPLISHING NOTHING. EVERY SPEAKER HAS BEEN CAREFULLY SELECTED TO SPEAK ON THE LEGISLATIVE ITEMS THAT WE WANT TO BE ADDRESSED IN A FOURTH SPECIAL SESSION AND WILL PROVIDE "CALLS TO ACTION" TO THE ATTENDEES.