An Evening with Capt Seth Keshel 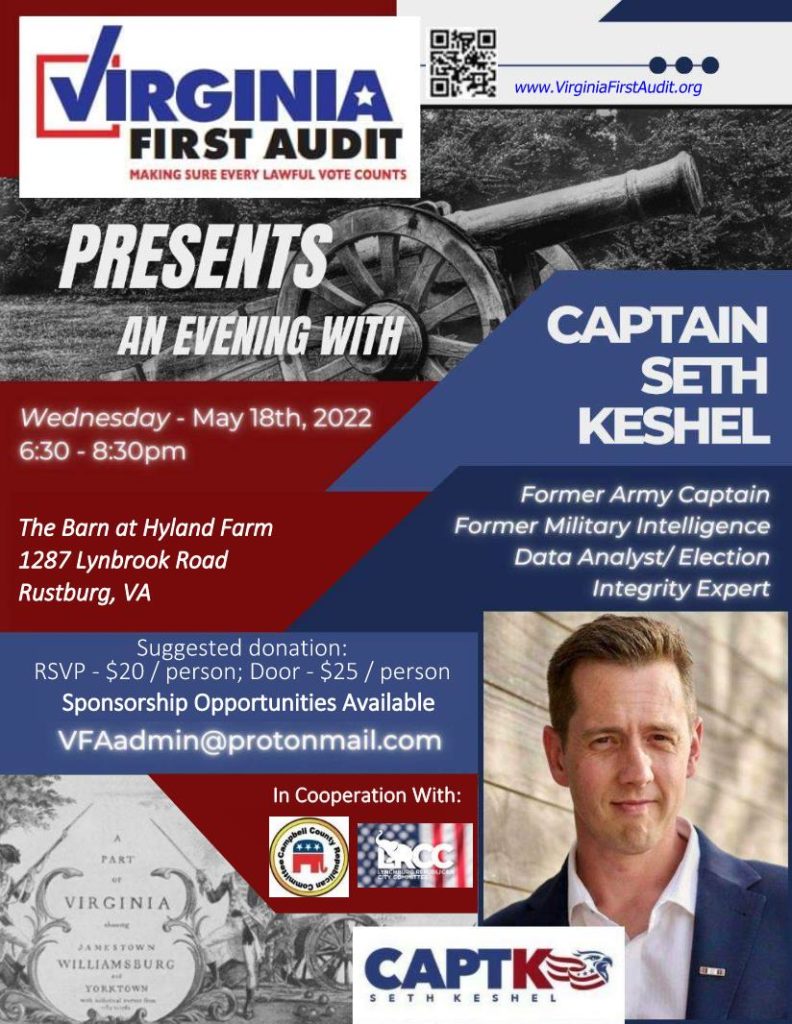 Former Army Captain, Seth Keshel is an Intelligence Analyst who has performed in-depth research into the anomalies surrounding the 2020 general election.

His analysis has been cited by President Trump as significant, and he has been a frequent guest on Steve Bannon’s “War Room” broadcast.

As #WeThePeople wrestle back control of our country, “Capt K” has dedicated himself full time to traveling the United States of America planting Truth seeds among the American public and encouraging citizen-led activism in the electoral process.

If your county suffers from “Electile Dysfunction”, perhaps you should attend this event to learn how you can be involved and connect with American Patriots already in the fight for the soul of America.