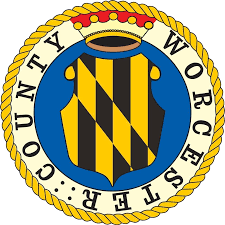 Worcester is governed by a council–manager government, with a popularly elected mayor. A city council acts as the legislative body, and the council-appointed manager handles the traditional day-to-day chief executive functions.

City councilors can run as either a representative of a city district or as an at-large candidate. The winning at-large candidate who receives the greatest number of votes for mayor becomes the mayor (at-large councilor candidates must ask to be removed from the ballot for mayor if they do not want to be listed on the mayoral ballot). As a result, voters must vote for their mayoral candidate twice, once as an at-large councilor, and once as the mayor. The mayor has no more authority than other city councilors, but is the ceremonial head of the city and chair of the city council and school committee. Currently, there are 11 councilors: 6 at-large and 5 district.

Worcester's first charter, which went into effect in 1848, established a Mayor/Bicameral form of government. Together, the two chambers—the 11-member Board of Aldermen and the 30-member Common Council—were vested with complete legislative powers. The mayor handled all administrative departments, though appointments to those departments had to be approved by the two-chamber City Council.

Worcester's history of social progressivism includes a number of temperance and abolitionist movements. It was a leader in the women's suffrage movement: The first national convention advocating women's rights was held in Worcester on October 23–24, 1850.

Two of the nation's most radical abolitionists, Abby Kelley Foster and her husband Stephen S. Foster, adopted Worcester as their home, as did Thomas Wentworth Higginson, the editor of The Atlantic Monthly and Emily Dickinson's avuncular correspondent, and Unitarian minister Rev. Edward Everett Hale.