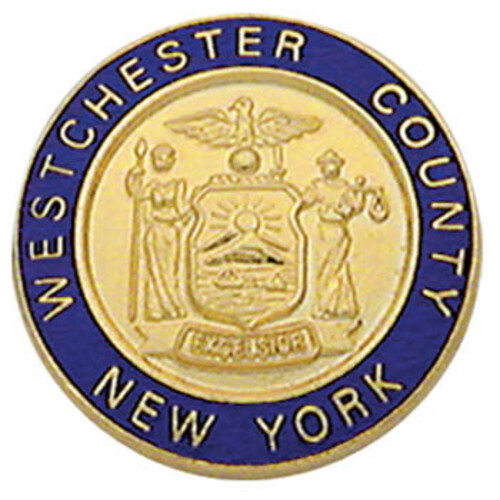 Historically, Westchester County was a classic "Yankee Republican" county. It supported Republican presidential candidates in all but two elections from 1896 to 1988. The only exceptions were 1912, when the GOP was divided between William Howard Taft and Theodore Roosevelt, and 1964, when Lyndon B. Johnson won a national landslide and swept every county in New York. However, it swung Democratic in the early 1990s—much like other New York City suburbs. In the most recent national elections, Westchester voters tended to be far more Democratic than the national average. In fact, Westchester, after New York City and Albany County, has produced the biggest margins for statewide Democrats in recent years. Democratic voters are mainly concentrated in the more populated southern and central parts of the county. More than 63 percent of Westchester County voters voted for Barack Obama in the 2008 presidential race, the seventh-highest percentage of any New York county.

Currently, all three U.S. congressional representatives from Westchester County are Democrats. Mondaire Jones and Jamaal Bowman represent most of the county. Jones' district covers most of the county's central and northwestern portions, including White Plains, Chappaqua, and Tarrytown, and reaches into Rockland County. Bowman's district is based in the Bronx, but includes most of the southern half of the county, including Yonkers, Mount Vernon, New Rochelle and Rye. The northeastern portion of the county is represented by Democrat Sean Patrick Maloney, a former advisor to Bill Clinton, who was elected in 2012, defeating Republican incumbent Nan Hayworth. Maloney's district includes the towns of Bedford, Somers, Pound Ridge, North Salem, Lewisboro, and a portion of North Castle.

However, Republicans remain competitive with Democrats in state and local elections. For instance, it voted for Republican George Pataki, by a margin of 23.07% against Democratic candidate, Carl McCall in the gubernatorial race of 2002, and by 26.22% in 1998. Pataki hails from Westchester; he previously served as mayor of Peekskill and represented part of the county in the state Assembly and state Senate prior to being elected governor.

In 1998, County Executive Andrew Spano became just the second Democrat to hold the post in at least a half-century. In 2006, county legislator Andrea Stewart-Cousins defeated 20-year incumbent Nicholas Spano for a seat in the New York State Senate in a rematch of the 2004 race, which she had lost by only 18 votes. His brother, Assembly Member Mike Spano, switched parties in July 2007 to become a Democrat. District attorney Janet DiFiore also switched parties from Republican to Democratic in August 2007. In 2009, Republican Rob Astorino ousted three-term county executive Andy Spano, who had the endorsement of the New York Conservative Party, winning in a landslide. Astorino became the first Republican county executive since Andrew O'Rourke left the post in 1997. In 2011, the GOP broke the Democratic two-thirds majority in the county legislature by picking up two seats. However, two of the Democrats formed a coalition with the Republicans to control the board, with a Republican becoming vice-chair. In 2017 Democrats gained three seats to take outright control of the board. In 2019 Democrats gained two seats and in 2020 the last remaining Republican switched parties to become a Democrat. The current composition is sixteen Democrats and one Conservative.