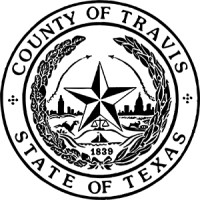 Travis County is one of the most consistently Democratic counties in Texas, having voted for the Democratic presidential nominee in twelve of the last fifteen elections since 1960. The only exceptions have been the Republican landslide years of 1972 and 1984, when Richard Nixon and Ronald Reagan each won 49 out of 50 states, and 2000, when the Republican nominee was incumbent Texas Governor George W. Bush. In 2005 Travis County was the only county in Texas to vote against the Proposition 2 state constitutional amendment banning gay marriage, with slightly under 60% of voters being against it. In 2020, Travis County backed Democrat Joe Biden with nearly 72% of the vote, which was the highest percentage he received in any Texas county, and the largest percentage received by any winner of the presidential election in the county since 1948.

Like other Texas counties, Travis County is governed by a Commissioners' Court composed of the county judge and four county commissioners. The court levies county taxes and sets the budgets for county officials and agencies. The judge and commissioners are elected for four-year terms (the judge at-large, and the commissioners from geographic precincts). The other major county-wide official is the county clerk, who maintains the county's records, administers elections, and oversees legal documentation (such as property deeds, marriage licenses and assumed name certificates). The clerk is also elected at-large for a four-year term.