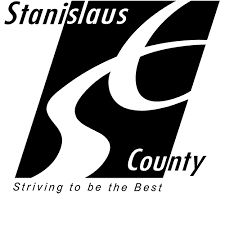 The Government of Stanislaus County is defined and authorized under the California Constitution and law as a general law county. The County government provides countywide services such as elections and voter registration, law enforcement, jails, vital records, property records, tax collection, public health, and social services. In addition the County serves as the local government for all unincorporated areas.

Just like neighboring Merced County, Stanislaus is considered a bellwether county in presidential elections. The last major-party nominee to gain over 60% of the vote was Lyndon Johnson in 1964. Furthermore, in 1960, Stanislaus County was one of the most bellwether counties in terms of the popular vote, voting 0.02% more Democratic than the national average. It has voted for the winning candidate for president in every election since 1972 except in 2016 when it voted for Hillary Clinton instead of Donald Trump. In 2020, Joe Biden won the county in a slim victory returning the county to its status as bellwether county. The last Democrat to win a majority in the county was Jimmy Carter in 1976, although Barack Obama won a plurality in 2008 and 2012, as did Bill Clinton in both 1992 and 1996, and as Joe Biden did in 2020.