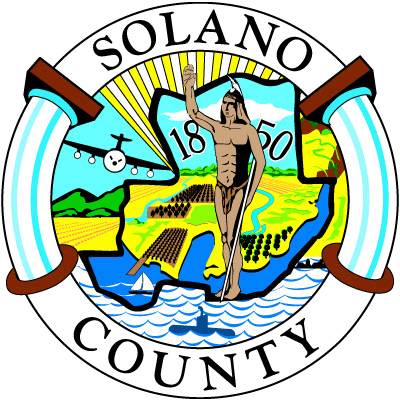 Solano County has been a Democratic stronghold in presidential and congressional elections, with Californians Richard Nixon (in 1972) and Ronald Reagan (in 1980 and 1984) being the only Republicans to win the county since 1928.

On November 4, 2008, Solano County voted 55.82% in favor of Proposition 8, which amended the California Constitution to ban same-sex marriages. It was the only Bay Area county to approve the initiative. In the 2008 presidential election that day, Barack Obama carried the county by a 28.5% margin over John McCain, a larger margin than statewide (24%).

According to the California Secretary of State, as of February 10, 2019, Solano County has 236,028 registered voters. Of those, 106,452 (45.1%) are registered Democrats, 50,006 (21.2%) are registered Republicans, and 66,558 (28.2%) have declined to state a political party. Democrats hold voter-registration advantages in all incorporated cities and towns in Solano County. However, Republicans lead in registration in the unincorporated communities of the county (40%-35%), making Solano the only county in the Bay Area where Republicans out-number Democrats in unincorporated communities. The Democrats' largest registration advantage in Solano is in the city of Vallejo, wherein there are only 8,242 Republicans (14.6%) out of 56,313 total voters compared to 33,753 Democrats (59.9%) and 12,157 voters who have declined to state a political party (21.6%).