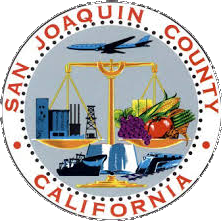 In the California State Senate, San Joaquin County is in the 5th Senate District, represented by Democrat Susan Eggman.[46]

On November 4, 2008, San Joaquin County voted 65.5% in favor of Proposition 8 which amended the California Constitution to ban same-sex marriages.[47]

For most of its history, San Joaquin County has been a Republican-leaning swing county, voting for the national winner in all but 4 presidential elections (1884, 1948, 1960, 1976) from 1880 to 2012. In 2016, Hillary Clinton became the first Democratic Party candidate who lost nationally to win the county, and she did so by a sizable margin of around 14 points. Conversely, Donald Trump posted the worst result in county history for a national Republican Party electoral college winner, being held to under 40% of the vote. In 2020, Trump vastly increased upon his 2016 results, securing more votes than any Republican candidate in history. Despite this, he only barely passed 40% due to a similarly large increase on the Democratic side.