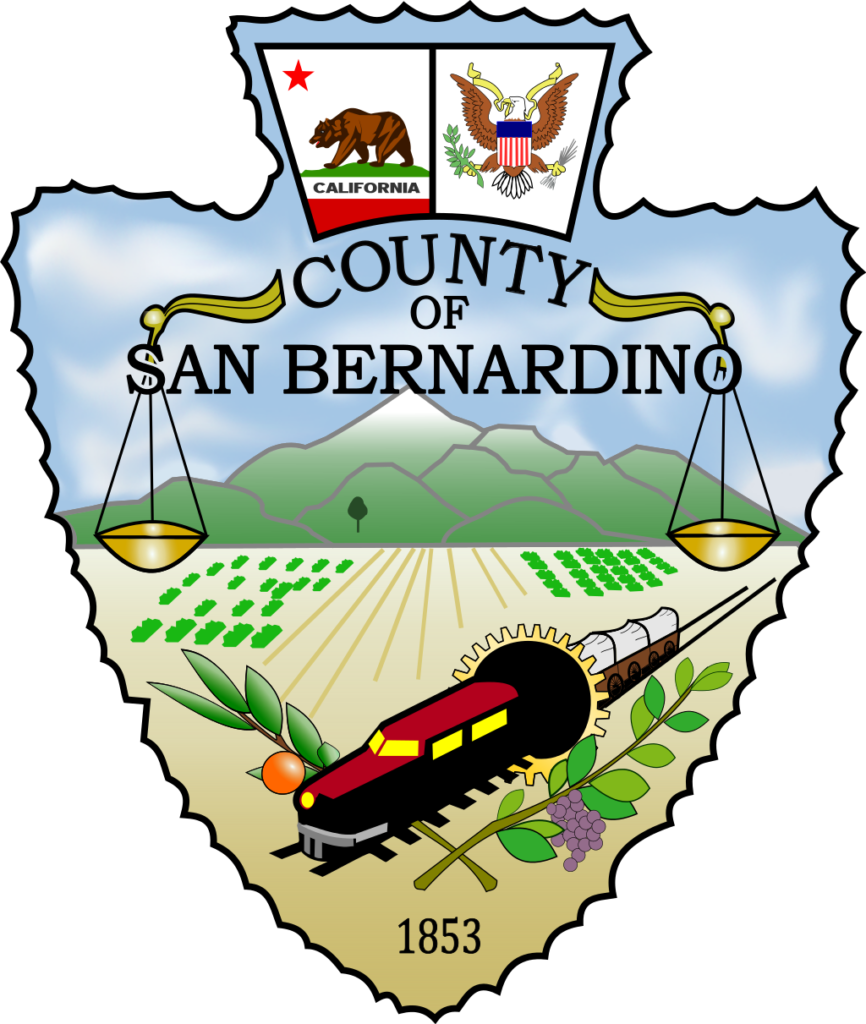 San Bernardino County , officially the County of San Bernardino, is a county located in the southern portion of the U.S. state of California, and is located within the Inland Empire area. As of the 2020 U.S. Census, the population was 2,181,654 making it the fifth-most populous county in California and the 14th-most populous in the United States. The county seat is San Bernardino.

With an area of 20,105 square miles (52,070 km2), San Bernardino County is the largest county in the contiguous United States by area, although some of Alaska's boroughs and census areas are larger. The county is close to the size of West Virginia.

This vast county stretches from where the bulk of the county population resides in three Census County Divisions (Fontana, San Bernardino, and Victorville-Hesperia), counting 1,793,186 people as of the 2010 Census, covering 1,730 square miles (4,480 km2), across the thinly populated deserts and mountains. It spans an area from south of the San Bernardino Mountains in San Bernardino Valley, to the Nevada border and the Colorado River.

With a population that is 53.7% Hispanic as of 2020, it is California's most populous majority-Hispanic county and the second-largest nationwide.