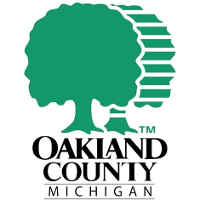 Oakland County was historically a bastion of suburban conservatism, and was hence a longstanding stronghold of the Republican Party. However, in the 1990s it became highly competitive, and since 2008 it has increasingly shifted Democratic, giving over 50% of its votes to the Democratic candidate for president in each election. Republican strength is concentrated in the many exurban townships of the county, while Democratic strength is concentrated in suburbs such as Royal Oak, Farmington Hills, West Bloomfield, and Southfield. Some suburbs, such as Novi, Troy, Birmingham, and Rochester, were historically strongly Republican but are now relatively split between the two parties, with younger adults tending to support Democrats and older residents tending to support Republicans.

While the Democratic Party has found increasing success in presidential elections in Oakland County, the state Republican Party has remained strong in some recent gubernatorial and state elections. The county favored Republican Rick Snyder by a 22-percent margin in the 2010 Michigan gubernatorial election and again by a 12-point margin in the 2014 election; conversely, Democratic candidate Gretchen Whitmer carried the county by 17 points in the 2018 race. Republicans held a majority on the County Commission for most of its history, but following the 2018 elections, Democrats won a narrow 11-10 majority on the commission.