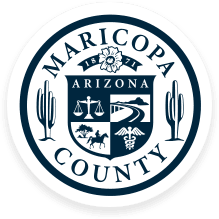 For much of the time after World War II, Maricopa County was one of the more conservative urban counties in the United States. While the city of Phoenix has been evenly split between the two major parties, most of the rest of the county was strongly Republican. Until 2020, every Republican presidential candidate since 1952 had carried Maricopa County. This includes the 1964 presidential run of native son Barry Goldwater, who would not have carried his own state had it not been for a 21,000-vote margin in Maricopa County. Until 2020, it was the largest county in the country to vote Republican. From 1968 to 2016, Democrats held the margin within single digits only three times–in 1992, 1996, and 2016. In 2020, Joe Biden became the first Democrat in 72 years to win the county, which flipped Arizona to the Democratic column for the first time since 1996 and only the second time since 1948.[24] Furthermore, Biden became the first presidential candidate to win more than one million votes in the county. This makes Maricopa County the third county in American history to cast more than one million votes for a presidential candidate. The county is also a statewide bellwether, voting for the statewide winning candidate in all elections except 1996.

Despite its consistent Republican allegiance since 1952, its fast-growing Hispanic population and influx of conservative retirees and Mormons, which were traditionally conservative voting blocs but were increasingly skeptical of President Donald Trump, signaled that it was a crucial bellwether in the 2020 election.