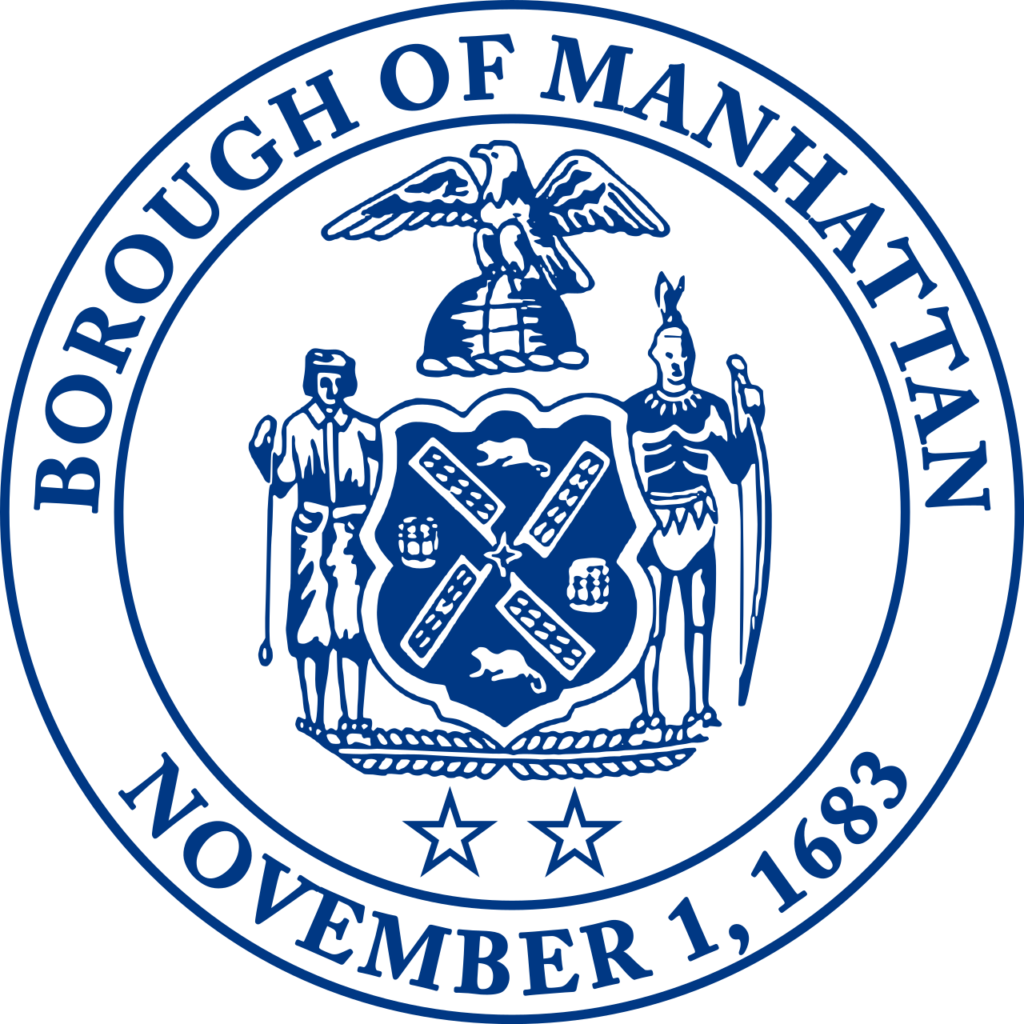 The Democratic Party holds most public offices. Registered Republicans are a minority in the borough, constituting 9.88% of the electorate as of April 2016. Registered Republicans are more than 20% of the electorate only in the neighborhoods of the Upper East Side and the Financial District as of 2016. Democrats accounted for 68.41% of those registered to vote, while 17.94% of voters were unaffiliated.

Since New York City's consolidation in 1898, Manhattan has been governed by the New York City Charter, which has provided for a strong mayor–council system since its revision in 1989. The centralized New York City government is responsible for public education, correctional institutions, libraries, public safety, recreational facilities, sanitation, water supply, and welfare services in Manhattan.