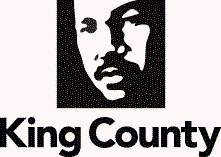 King County is located in the U.S. state of Washington. The population was 2,269,675 in the 2020 census, making it the most populous county in Washington, and the 13th-most populous in the United States. The county seat is Seattle, also the state's most populous city.

The people of King County voted on September 5, 1911, to create a Port District. King County's Port of Seattle was established as the first Port District in Washington State. The Port of Seattle is King County's only Port District. It is governed by five Port Commissioners, who are elected countywide and serve four-year terms. The Port of Seattle owns and operates many properties on behalf of King County's citizens, including Sea-Tac International Airport; many seaport facilities around Elliott Bay, including its original property, publicly owned Fishermen's Terminal, home to the North Pacific fishing fleet and the largest homeport for fishermen in the U.S. West Coast;[citation needed] four container ship terminals; two cruise ship terminals; the largest grain export terminal in the U.S. Pacific Northwest; three public marinas; 22 public parks; and nearly 5,000 acres of industrial lands in the Ballard-Interbay and Lower Duwamish industrial centers.