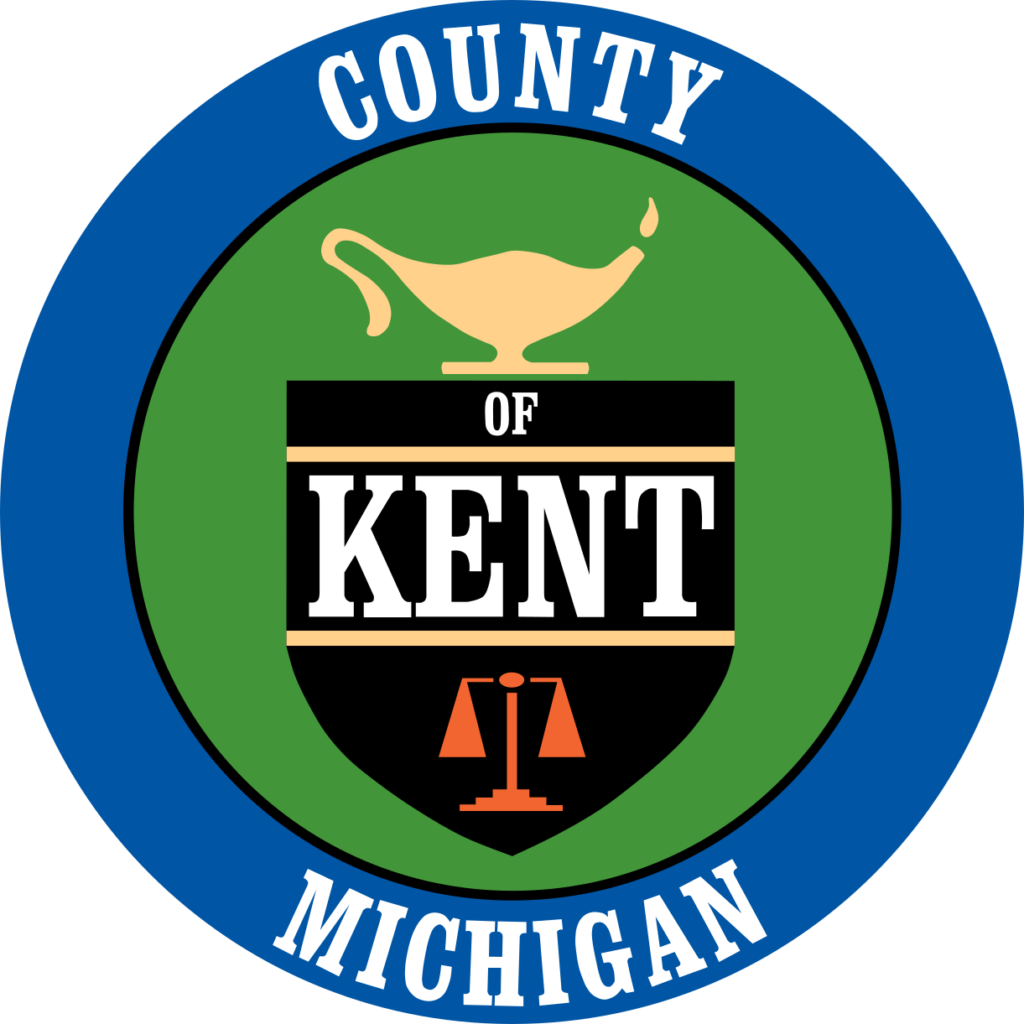 Historically, Kent County, like West Michigan as a whole, was a stronghold for the Republican Party. However, the Democratic Party has received increased support since the 2000s, with Grand Rapids and nearby suburbs supporting the Democratic Party while more rural areas support the Republican Party. Grand Rapids also normally sends Democrats to the state legislature.

In 2008, Democratic presidential candidate Barack Obama narrowly carried the county, receiving 49.34% of its votes to Republican John McCain's 48.83%. It was the first time the county had supported a Democrat for president since 1964, and only the fourth time since 1884. By comparison, George W. Bush had taken almost 59 percent of the county's vote in 2004.

In 2012, the county returned to the Republican camp as Mitt Romney won 53.0% of the vote to Obama's 45.35%. Four years later, Republican Donald Trump won the county with 47.66% of the vote, to 44.61% for his Democratic rival, Hillary Clinton, while Gary Johnson of the Libertarian Party received 4.58%.

In 2020, Joe Biden received nearly 52% of the votes in the county, the largest vote share for a Democratic candidate since Lyndon Johnson in 1964. In comparison, Barack Obama narrowly carried the county by 1,573 votes in 2008.

Today, the county is considered a bellwether politically.[28] In 2018, Gretchen Whitmer became the first Democratic governor to win the county after James Blanchard's 1986 landslide re-election. Also during the same cycle, incumbent Democratic Senator Debbie Stabenow narrowly carried the county by 0.3 points, only the second time (following Carl Levin in 2008) since Donald Riegle in 1982 the county supported a Democratic for Senate.

Despite the county's bellwether status at the federal and state level, it remains very Republican downballot. The GOP still holds most county-level offices, as well as a majority on the county commission. The Democrats representing Grand Rapids-based districts in the state legislature are typically the only elected Democrats above the county level.

In the House of Representatives, the bulk of the county has been located in the Michigan's 3rd congressional district since 1993 redistricting. That district had previously been the 5th congressional district from 1873 to 1993. The current Representative for the district is Republican Peter Meijer. In the House, Grand Rapids has been represented by a Republican since 1977, after Richard Vander Veen, first elected in 1974 special election following the district's long-time Representative Gerald Ford's ascension to Vice President, was ousted by Harold S. Sawyer. The city has been represented by a Republican for all but 35 months since 1913.

A sliver of western Kent County, including Kentwood and Walker, is in the 2nd congressional district, represented by Republican Bill Huizenga.