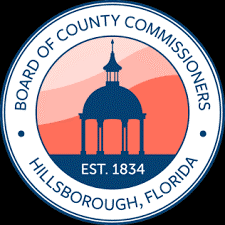 Hillsborough County tends to lean Democratic, having not been won by a Republican presidential candidate since the 2004 election. For the last quarter-century, it has been a powerful swing county in one of the nation's most important swing states. It is part of the politically important I-4 Corridor between Tampa Bay and Orlando, an area that historically decides most elections in Florida. Hillsborough was considered a bellwether county, voting for the statewide winner in every presidential election from 1964-2012. It has also voted for the winner of the presidency in every election since 1928 except twice, voting for the loser only in 1992 and 2016. The southern portion of the county, around Tampa, is powerfully Democratic, while the northern and eastern portions are heavily Republican.

On the statewide level, the county also tends to lean Democratic with Democrats Bill Nelson for senator and Andrew Gillum for governor both winning the county in the 2018 elections. However, Republican senator Marco Rubio did win the county in his 2010 and 2016 senatorial campaigns.

In 2008, Barack Obama won the county by seven points, the first Democrat to capture the county since Bill Clinton's re-election victory in 1996.[30] Obama won Hillsborough again in 2012 over Republican presidential nominee Mitt Romney by roughly the same margin.

In 2016, Donald Trump became the first Republican since Calvin Coolidge in 1924 to win the election without carrying the county.