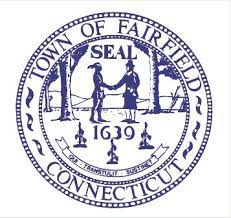 As of 1960, counties in Connecticut do not have any associated county government structure. Thus Fairfield County is only a geographical point of reference. All municipal services are provided by the towns, who sometimes will share certain resources through regionalization. In order to address issues concerning more than one town, several regional agencies that help coordinate the towns for infrastructure, land use, and economic development concerns have been established. Within the geographical area of Fairfield County, the regional agencies are:

As with neighboring Westchester County, Fairfield County was generally a Republican stronghold for much of the 20th century. Urban municipalities such as Stamford, Norwalk and Bridgeport trended Democratic, while the suburban and rural enclaves tended to lean Republican. However, during the 1990s, these latter areas began to increasingly shift towards Democratic candidates. Today, only Hartford County has a higher concentration of Democratic voters. The last time the county voted for a Republican presidential candidate was in 1992 for George H.W Bush.