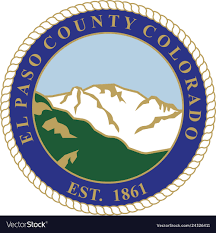 In 2004, the voters of Colorado Springs and El Paso County established the Pikes Peak Rural Transportation Authority (PPRTA) and adopted a 1% sales tax dedicated to improving the region's transportation infrastructure. Together with state funding for COSMIX (2007 completion) and the I-25 interchange with Highway 16 (2008 completion), significant progress has been made since 2003 in addressing the transportation needs of the area. In 2012, the county voted to legalize marijuana.[11] On March 12, 2019, the county commissioners unanimously passed a resolution to become a Second Amendment sanctuary.

The Colorado Department of Corrections has its headquarters in an unincorporated area in the county.