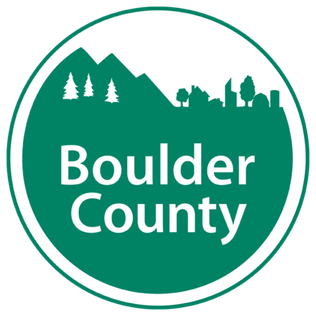 Boulder County went Republican in all but three presidential elections from 1920 to 1984, the exceptions being the national Democratic landslides of 1932, 1936 and 1964. However, it has swung heavily to the Democrats since the late 1980s, and has supported Democrats at every election since 1988. Since the 1990s, it has become one of the most liberal counties in Colorado; in most years, it is the second-strongest Democratic bastion in the state, behind only the City and County of Denver. The GOP has not crossed the 40% mark in the county since 1988. This tracks closely with the Democratic trend in other counties dominated by college towns.

In 2000, Green Party presidential candidate Ralph Nader took 11.82% of the vote in Boulder County, more than twice the 5.25% he took statewide in Colorado, and more than four times his 2.73% nationwide vote share.