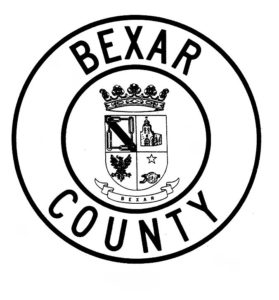 Bexar County has generally voted for Democratic candidates in most presidential elections, though from 1932 to 2012 it was a nationwide bellwether, supporting the winner in every election except 1968. Democrats perform well within the Connally Loop, which contains heavily Hispanic neighborhoods on the south and west sides of San Antonio, and African Americans on the east side. In recent years, Democrats have made inroads on the Northwest Side toward the University of Texas at San Antonio, and the Northeast Side toward Kirby. Republicans' strength is concentrated around the military bases plus wealthier enclaves such as Alamo Heights, Terrell Hills, and the far northern section of the county.

The county was named for San Antonio de Béxar, one of the 23 Mexican municipalities (administrative divisions) of Texas at the time of its independence. San Antonio de Béxar—originally Villa de San Fernando de Béxar—was the first civil government established by the Spanish in the province of Texas. Specifically, the municipality was created in 1731 when 55 Canary Islanders settled near the system of missions that had been established around the source of the San Antonio River. The new settlement was named after the Presidio San Antonio de Béjar, the Spanish military outpost that protected the missions. The presidio, located at the San Pedro Springs, was founded in 1718 and named for Viceroy Balthasar Manuel de Zúñiga y Guzmán Sotomayor y Sarmiento, second son of the Duke of Béjar (a town in Spain). The modern city of San Antonio in the U.S. state of Texas also derived its name from San Antonio de Béjar.