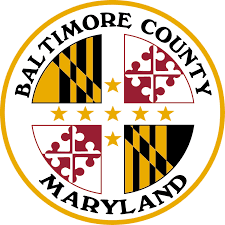 Without incorporated cities or towns, the county government provides all local services to its residents, many of which are normally associated with city-type governmental agencies.

In 1956 the County adopted an "executive-council" system of government with "at large" representatives, replacing its traditional system of an elected Board of County Commissioners. Since then it has had eleven county executives and one "acting" executive, of which ten were Democrats and two were Republicans. The former Vice President of the United States, Spiro T. Agnew, served as the third executive from 1962 to 1966 and subsequently was elected Governor of Maryland, serving from 1967 to 1969. He was later accused of corruption and bribery while serving as County executive and continuing to accept bribes as the state's governor and as U.S. vice president. He pleaded "no contest" to unprecedented Federal criminal charges. He was forced to resign the Vice Presidency in 1973.