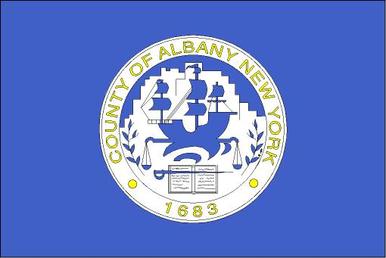 For most of its history, Albany County has predominantly backed Democratic Party presidential candidates. In only three elections since 1924 has a Republican Party candidate carried the county in a presidential election, the most recent being Richard Nixon in 1972. The Democratic Party dominance has become more pronounced in recent years, with George H. W. Bush in 1988 the most recent Republican candidate to win even forty percent of the county's vote.

Albany County was governed by a board of supervisors until 1968. The board consisted of the town supervisors of each town in the county, as well as county supervisors elected from the wards of each city in the county. In the later years of its existence, the board used a system of weighted voting to comply with recently enacted federal and state proportional representation requirements. On January 1, 1976, Albany County government was changed by a new charter establishing a county executive elected at-large, in addition to the 39-seat county legislature. Each of the 39 legislators are elected from single-member districts. As of 2022, the county council has 30 Democrats, 9 Republicans.