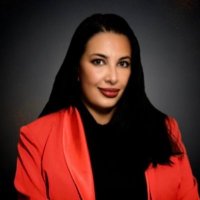 The corrupt establishment politicians at the top only want one thing: Power. That’s why they want to mandate that you wear a mask everywhere you go, get a vaccine in order to work or go to school, and restrict your freedoms.

So what’s our job? We’re here to say no.

Sigal Chattah has almost 20 years of experience and a dedicated team behind her, but we cannot win this uphill fight without your support. We need you, and everything you do will help us move closer to victory on November 8, 2022. A vote for Sigal Chattah is a vote for the rule of law and a return to citizen-governance.

Born in Israel in 1975, Sigal Chattah immigrated to Nevada with her family when she was 14 years old. Sigal’s father is a retired developer, and her mother is a retired registered nurse. A graduate of Valley High School in Las Vegas and the University of Nevada, Las Vegas, Sigal attended Widener University School of Law in Harrisburg, Pennsylvania. Upon her return to Nevada, Sigal started her own law firm and has since then combined her love for the law, zealous constitutional advocacy, and extensive pro bono work in the furtherance of justice for all Nevadans.

Recently, Sigal saw the injustice and unscientific standards being leveled against our religious community in Nevada, and she fought back against Governor Sisolak in court.

Sigal challenged Governor Sisolak’s unconstitutional orders, and in Calvary Chapel Lone Mountain v Sisolak, prevailed in the 9th Circuit United States Court of Appeals, forcing Governor Sisolak to allow places of worship to have the same capacities as other businesses.

Sigal has continued to fight when Governor Sisolak and his Attorney General Aaron Ford have failed Nevadans.

Sigal has been a champion for Nevadans and represented them when in need.

Sigal represented many consumers during the real estate crisis and market crash brought on by the Great Recession under President Obama. She has served as a Planning Commissioner and a member of the Southern Nevada Disciplinary Board of the State Bar of Nevada. Sigal has been highly engaged in various organizations in the community including the American Heart Association, St. Jude Children’s Research Hospital, the Injured Police Officers Fund, the Israeli American Council, and she serves on the Board of her Temple Or Bamidbar.

Sigal has dedicated her life to the pursuit of justice on behalf of Nevadans, demanding the rights of all people be protected, because she has seen what happens when government grows too big or politicians become too corrupt to care.

As Attorney General, Sigal Chattah will fight to protect Nevadans’ rights as she has for two decades – all Nevadans, regardless of wealth, gender, race, religion, or creed.