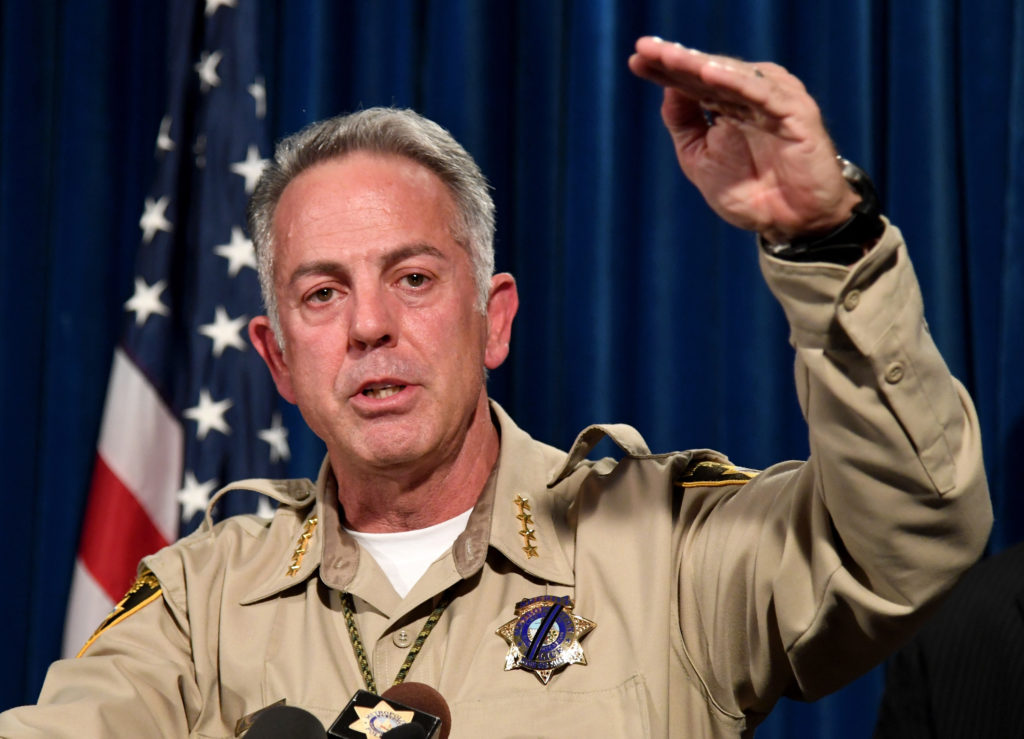 Joe Lombardo has a lot of titles. Sheriff, officer, veteran, leader, husband, and father. Soon he’ll add another title: Governor…but you can just call him Joe.

In an era of career politicians who poll-test every word and must get permission from Washington or Carson City consultants before they speak, Joe is different - he's plain-spoken and honest.

Many candidates spend their days preparing to run for office, worrying about how they look, what they say, or how every interaction can lead to a campaign contribution—but Joe is different. He spends his days diffusing tense situations, apprehending violent criminals, and standing up for what is right. So, next time you hear a carefully worded non-answer from some slick politician, remember that you have a choice and a voice in Sheriff Joe Lombardo.

Joe is an Army veteran, former beat cop, and has spent the last seven years serving as Clark County Sheriff. Joe has dedicated his life to protecting American freedoms, putting bad guys away, and keeping us safe. So whether you salute him as a veteran, appreciate his service in law enforcement, or can’t wait for him to be the next Governor of Nevada…he just prefers you call him Joe.

Joe Lombardo began his service to others in the United States Army and served bravely in the Army, National Guard, and Army Reserve - protecting Americans both domestically and abroad. After his service to his country, Joe dedicated himself to protecting our communities – serving in law enforcement over the last 30 years.

Joe quickly rose through the ranks of the Las Vegas Metropolitan Police Department (LVMPD) and, after 26 years on the force, was elected as Sheriff of Clark County, Nevada in 2014.

Throughout Joe’s career, his leadership of our communities has never faltered. He now intends to further his public service and represent, protect, and serve the entire state of Nevada.

Sheriff Lombardo holds a B.S. and a M.S. in crisis management, both from UNLV.